The Classical Academy began with a passion for families and education. ​ 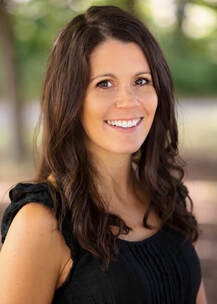 Rachael Oren began her teaching career in the classroom in 2005. She quickly found the space where her gifts and talents could flourish. But after several years of teaching in the traditional, full-time, five-day a week classroom, something felt very off about the traditional process of educating children. At the time, she had never heard of a university-schedule school and assumed five-day, full-time school was the only option available to families besides home educating. It wasn't long until their first child joined their family and Rachael took her love for education outside the traditional classroom. She began her Masters of Education, tutoring, and curriculum consulting for students homebound from the local public school and for families choosing to home educate. As her oldest neared kindergarten, she really began to question the five-day, 30-40 hour school week where she was about to enroll her five year old. Not wanting to jump into the chaos and restrictions of full-time school, she began home educating. Home educating was not something she ever considered, but she knew of no happy medium. While she found she loved having her kids home, the next 3 years consisted of adding more children to her family, which added more time constraints to home educating, along with more needs for friends and outlets for her older children. She tried several co-ops only to find them exhausting as they required her full participation and even more work than she was already doing at home. Many of them didn't work within her curriculum and it felt like a struggle to make them fit. And some days, she truly just wanted her big kids to experience a vibrant and healthy school community, while she ran errands or grabbed coffee and lunch with a friend.

"There has to be a better way," she thought over and over. "I've taught in the classroom for years. There is no reason for a 30-40 hour school week, plus homework. I know what it takes to teach well and how much time it takes, and how many "extras" there are in school that keep our students there like a full-time job. It's just too much."

Rachael began researching alternative school models. She didn't want her children spending all their time in on-line classes, but now she had five kids, and how on earth was she going to meet everyone's needs without sending them out the door for 35 hours a week? She already tried co-ops, but it was too much work. She looked into area schools- would they let home educating students attend twice a week? She heard of some schools doing this, but, the result was fragmented. The curriculum and lessons were fragmented and the students who did this weren't really "in" with that school's culture. Families utilizing this idea found themselves on the outside of community, rather inside, which is the reason they pursued it to begin with.

About a year later, Rachael began looking for another way. Surely she wasn't the only one who felt like this. Many of her friends whose children attended traditional, full-time, five-day a week school were always complaining of what they call "the rat race." Kids were tired and grumpy and parents were exhausted from the constant on-the-go: the chaotic school schedule, the evening homework tears, the race from school to sports, and the mounting pressure to still do things like read to their kids, have family game nights, or be more involved with church and community activities. She found others who wished their kids could spend half the time in the classroom and spend the rest of their time growing and cultivating a special talent such as music, the arts, or even starting a business.

As her husband always said, if something doesn't exist, create it. And, that's what she did.
During the fall of 2016, Rachael began surveying families in Madison, Hamilton, and Marion counties, both home educating families and full-time school families. She found many people feeling the strain of the current education process but found many families who felt there were no alternatives besides full-time home educating, which most did not want to tackle. Slowly, the idea of the university-schedule emerged and through more research, Rachael found that there were thousands of families across the U.S. who felt like she did, and whose children were enrolled in the many hundreds of schools popping up across the nation utilizing the university-schedule model. She was ecstatic and jumped right in.

During the spring of 2017 she launched a small trial phase of the model in Madison county. The response was high and families loved the program. The fall of 2017 brought membership with the Association of Classical Christian Schools and the first full year launch of The Classical Academy, utilizing the classical, Christian, collaborative model. She launched the first phase of the desired school product: a one-day a week program, with a semi-collaborative curriculum. Only some subjects were collaborative and a full curriculum was not offered. She built a great school community while continuing to prepare for the second and final phase of the school model that launched in the fall of 2018 in Fishers, Indiana.

The Classical Academy opened its doors in the fall of 2018 as a new, innovative, classical, Christian, university-schedule school offering a full private school education, at a fraction of the cost of full-time school, with students attending on-campus classes 2-3 times a week (depending on grade) and tutoring the other days of the week at home in lessons give by their classroom teachers.

The entire educational package is run by the professional teachers on staff at the school. This model allows students to maximize main content learning in the classroom 2-3 days a week (depending on grade), while completing their remaining studies on their own time, with detailed assignment sheets from their teacher. This allows families more time and freedom to pursue family activities, community involvement, other interests, hobbies, and talents. 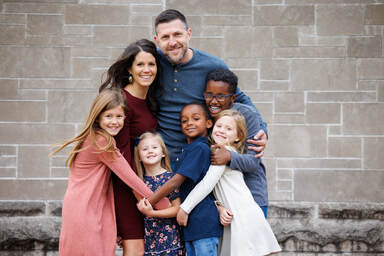 A Note from Rachael, Head of School...
Families today tend to be fragmented. Most of their days and activities are spent separate from each other. Children spend the majority of their waking hours at school, away from their families, and then the majority of evenings are spent ushering kids to activity after activity. We've begun to lose the strength of the family in pursuit of many things, education being one of them. Parents are the best educators for their children. They have intimate knowledge of each of their children's physical, spiritual, emotional, and mental needs. They know where they are at, their strengths and weaknesses, and where they need to speed up or slow down. Parents know what motivates their children and can evaluate what they are truly understanding. Parents are vital to the education of the child.

Educators are phenomenal. Those who choose to be teachers and choose to study education as a vocation do it because they are passionate about students and education. They are trained in specialty areas, bringing a wealth of knowledge and perspective to the education process as a whole. Their research and work in the trenches of the classroom is invaluable. Educators bring things to the table a parent may not be able to, and a parent brings things to the table that the educator may not be able to. There are so many positives to home-based education and so many positives to the classroom, and many families doing one or the other full-time long for a little bit of the other. The Classical Academy was launched to bridge the two. ​​